Skip to content
Home
Health
Top to Toe
Dengue & You: A Threat to All

Dengue & You: A Threat to All 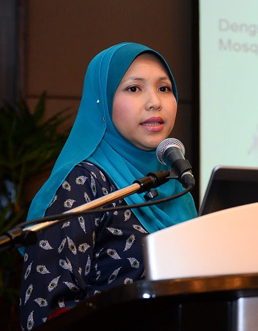 Much has changed since the first dengue haemorrhagic fever (DHF) outbreak in Malaysia in 1962. In just over 50 years, the incidence of dengue has increased 30-fold, to become the fastest progressing vector-borne disease in the world!
A more alarming development is that dengue, once a disease that occurs in outbreaks at certain periods of the year, has become an endemic disease – a persistent threat that remains all year long.

According to Assoc Prof Dr Zetti Zainol Rashid, dengue has since then manifested into a major public health burden.

Dengue is caused by a virus that can be transmitted from an infected person to another person through the bite of the Aedes aegypti mosquito. The dengue virus (DENV) exists as one of four variants or serotypes – DENV1, DENV2, DENV3 and DENV4. All four serotypes are found circulating in Malaysia.

While you can acquire lifelong immunity after being infected by a serotype, you are still vulnerable to the remaining three. Worse, subsequent infections by the other serotypes can increase the risk of developing severe dengue. Therefore, the best way to deal with dengue is to not catch it at all!

Young adults are at risk

Many Malaysians would imagine that the elderly or very young children face the highest risk of catching dengue. Dr Zetti points out that this is a common misperception.

Studies on the presence of DENV antibodies in Malaysians showed that the number of people who have experienced at least one dengue episode slowly increased by age, with peak age incidence observed in young adults (15-29 years old).

“Furthermore, the high rates of seropositivity – the number of people who have DENV antibodies in their blood serum – suggest that dengue will remain endemic in Malaysia for a long time,” she adds.