Skip to content
Home
Diet
Nutrition
It Is Really Good, I Fig You Not

It Is Really Good, I Fig You Not 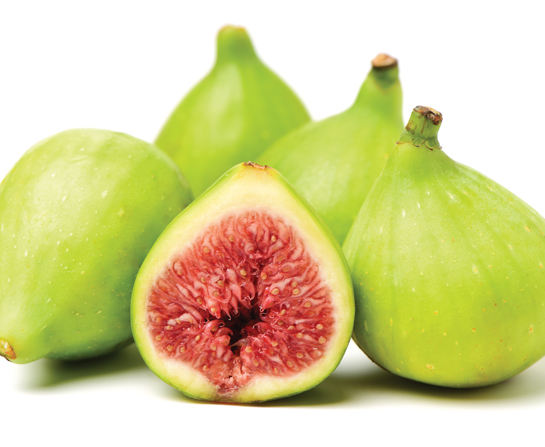 Figs are a general term for over 850 species of woody plants.They are rather variable, with some being climbers and others growing into full-sized trees. The fruit we commonly eat comes from cultivar (strains) of the species known as Ficus carica or the common fig. The common fig is believed to have originated in the Middle East and western Asia. It was spread into the Mediterranean region by Greeks and Romans. Today, widespread human travel has brought the fig to every possible country.

Fig is possibly one of the oldest plants to be cultivated, as far back as 9000 BC. The ease of culture and its hardiness is probably the reasons for its early domestication. Due to its long history of cultivation for human consumption, there are over 700 known varieties. They come in various colours, shapes and sizes.

Regardless of the variety, all figs are packed with fibre and natural sugars. These complex sugars are healthier in comparison to processed sugars. So, figs can be sugar substitutes in cooking in soups, stews or even curries for that sweet aftertaste. Now For The Evidence

Figs really are quite remarkable fruits and there is plenty of scientific evidence for their health claims. We go through recent studies and try to corroborate the common health claims associated with figs and fig leaf tea. Studies as recent as 2017 and 2018 reveal that extracts of the common fig leaf may influence carbohydrate metabolizing enzymes and thus help in blood sugar maintenance when tested on rats with diabetes.

A recent clinical trial found that eating figs regularly can alleviate constipation among those with irritable bowel syndrome (IBS). Another study on mice also found that extracts of the fruit had a natural laxative effect but without inducing diarrhoea. At the same time, the extract could improve stomach and bowel movement disorders. The latex of the common fig is also being tested as a potential curative agent against human papillomavirus (HPV), which causes cervical cancer and genital warts. The researchers suggest that latex from the common fig has the potential to be developed into therapies for the treatment, cure and prevention of HPV- related cancers.

Furthermore, early studies on the extracts and components of the common fig leaves were found to suppress the survival, cell cycle and movement of breast cancer cells. The researchers believe Ficus carica leaves may be a good source of medicines for cancer treatment.

However, one must be careful when consuming naturally prepared substances. This is because the active compounds which cause a desired health effect eg, lowering of blood sugar or blood pressure, is not standardized. This means in each portion consumed, you may have more or less of a particular active compound. This is the main problem with naturally prepared products.

As such, while it is fine to take natural products such as fig-leaf tea for their health properties, they may be better used with precaution and at low doses. Should you feel unwell, visit a doctor immediately and always tell the doctor about your natural supplements as these may interfere with medications being prescribed by the doctor. 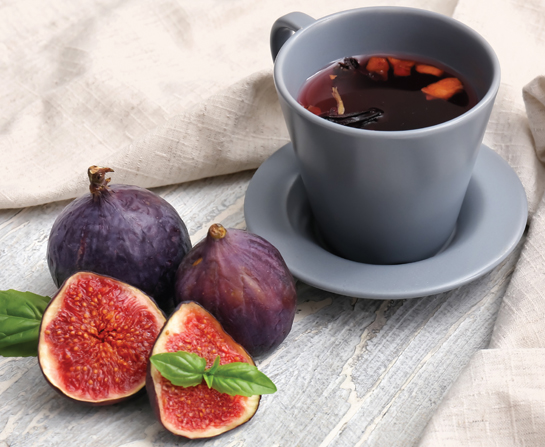 The Fig Scene In Malaysia

About 3 to 4 years ago, the fig planting fever caught up with Malaysians. As typical of any craze, there was a mad rush to plant and collect these remarkable trees. Prices shot up to a few thousand ringgit per plant for the collector varieties such as coll de dama rimada (CDDR), ponte tresa and bordissot negra rimada (BNR). Cuttings for these fig varieties cost as much as RM800 for a length of eight to 10 inches. For many, there was a sort of get-rich-quick rush to plant and propagate these trees, so to speak.

This led to the setup of many fig farms and an entire industry surrounding fig popped up literally overnight. The tree grows easily in Malaysia and fruits year-round. However, there is a problem associated with fig growing in the country and it is fig leaf rust, which is a fungus growing on the bottom of fig leaves and appears as small bright yellow spots. It causes the leaf to drop prematurely but does not kill the plant. Another problem is the introduction of the Asian long- horned beetle, which probably came with the cuttings imported from overseas. This beetle lays eggs on the branch of woody plants and the larvae burrow into the trees, causing massive damage and potential death.

While the fig craze has tapered off, some commercial farms have established and are now producing figs for local consumption on a regular basis. As mentioned, the tree fruits all year round in the  country  and can potentially generate multiple harvests each year compared to temperate countries. The  best type of setup for fig farming would be one which is fully covered, with automated water and fertilizer drips. With the price of a box of fresh figs going for RM80 or so, the business is still lucrative. As a business minded acquaintance once said: “One acre can fetch a million a year if done properly”—it’s easy to see why anyone would be lured by the lucrative prospects. We will leave that decision to you, as the saying goes ‘the leaf is always greener on the other side of the fence.’

Fig leaf collection for tea production has also grown into a stable industry. Other downline products include jam, drinks, powder, fragrances, candles and cosmetics! Who knew fig is such a versatile plant? HT There are four types of fig categories.