The word “autism” keeps ringing in your brain. Your voice breaks and you are tired of discussing it with doctors, family members, friends. You are bombarded by conflicting emotions – confusion, anger, grief, shame, worry. You want to hold your child, but your child shrieks and breaks out of your embrace to stare at something in the distance.

It is not pleasant when your child is diagnosed with autism, but it is not the end of the world. It can be, in fact, the beginning of a cherished journey for both parent and child. To illustrate this point, paediatrician Dr Sharifah Aida Alhabshi, who has a special interest in child learning difficulties and child psychology, helps to answer some questions parents may have about raising a child with autism spectrum disorder (ASD). What is happening to my child?

The best explanation comes from a study published in 2014 in the Journal of Neuroscience. This study raises the possibility that children with autism spectrum disorder (ASD) can get triggered because their brain experiences some delays (temporal acuity) when processing information sent by their eyes and ears.

Because it takes longer for the child to make sense of the sights and sounds around him or her, it will take more effort to grasp simple concepts and to behave like other children.

Also, Dr Sharifah Aida points out that a child with autism tends to have some increasingly heightened senses compared to other children, while other senses may be delayed or require intervention in order to develop fully. Heightened senses may manifest in various ways that seem extreme to other people. For example, one child will find the soft whirr of a fan to resemble a painful screech in her head, making her scream in discomfort. The rub of the label of a shirt against the nape may cause great discomfort to another child, causing him to try to pull the shirt off.

It is also common for children with ASD to behave in ways that seem to suggest that they are living in their own world. See “The Girl That Makes Herself at Home” for an example of such behaviour.

This doesn’t mean that the child is stupid or mentally handicapped, far from it. With proper intervention sessions and plenty of love and support, a child with autism may learn to adapt to the world like fairly normal people. For children with more severe autism, they will need a little more support, but don’t lose hope – there are still ways to help them grow up to become fairly self-sufficient.

For a good idea of what the world looks and sounds like through the eyes of someone with autism, go to bit.ly/1RQSNNg for a video made by UK’s National Autistic Society. 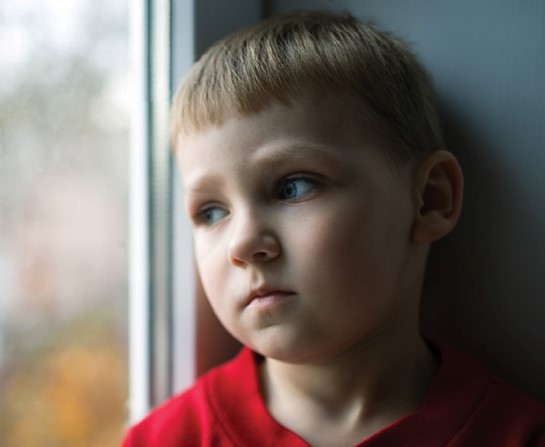 What Is Autism Spectrum Disorder (ASD)?

It is a set of complex disorders of the brain and nerves. The child usually shows a unique repetitive behaviour, and can experience difficulties with social interaction.

There is a wide range of symptoms, skills and levels of severity, hence the word “spectrum” in the name of this condition. One child may experience only mild autism, while another child may need a little more help before he or she can perform basic daily activities.

What ASD Is Not

It’s not our fault. What we ate or did during the pregnancy did not cause our child to develop ASD.

Dr Sharifah Aida shares that there is no scientific evidence that it can be caused by foods, vaccines and medications. Some researchers speculate that environment may be one of the causes of ASD, but to date no one has found evidence to back up that speculation. There is likely a genetic component to ASD, though.

Therefore, don’t be so hard on ourselves – there is nothing to feel guilty about. Our child needs us. It is time to look to the days ahead, rather than to dwell on matters that we have little to no control over.

Our child is not stupid. Someone with ASD may still learn to interact well with other people, even forming meaningful relationships and holding jobs. Even those with severe ASD can learn to be self-sufficient when they are adults. Therefore, there is no reason to assume the worst for our darling just because he or she has ASD!

Our child is not deliberately naughty. He or she is not deliberately testing our patience or embarrassing us in public. It’s just that our darling’s brain is wired to perceive the world in a different way. Once we can understand what this is like for our child, we will be able to communicate better with him or her.

Autism is not a curable disease. There is currently no specific treatment that can cure autism. While there are medications and supplements out there that claim to do so, Dr Sharifah Aida points out that these claims have not been scientifically proven. Despite a lack of cure, there is still an opportunity for a child with autism to grow up to be a relatively well-adjusted adult, as we shall soon see.

“I don’t want my thoughts to die with me, I want to have done something. I want to make a positive contribution – know that my life has meaning.” – Mary Temple Grandin, a person with autism who only started speaking when she was three and a half years old, and who went on to become a professor of animal science at Colorado State University.