It seems like it was just yesterday when you were the hero in your son’s eyes and your daughter would be more than happy to accompany you to pick an outfit for the evening. These days, your now-teenage children seem lost in their own world; uninterested in what you have to say and even challenging you in some situations. Whether you are ready for it or not, your ‘little babies’ have entered teenage hood – a confusing, and at times frustrating, period of change for teens and their parents alike.

As parents, it may be bittersweet to know that your child is growing apart, the emotional separation is necessary for them to become well-adjusted adults. Raising a teenager can be trying. Fortunately, there are tips to help make the transitional easier. 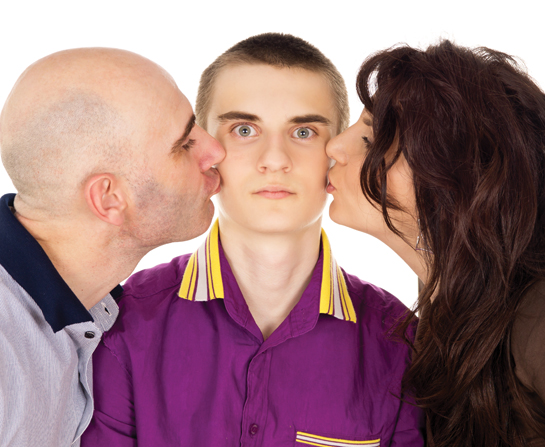 These days, teens feel more pressure than ever by the peers in their social circle, and the last thing they look forward to is parental pressure at home. The best you can do as a parent is to make them feel better with positive attention. In their rebellious phase, teenagers need to feel heard and validated. Thus, showing them that you listen and respect their feelings can go a long way in getting along with your teen.

Despite your best efforts, your teen may show disinterest in bonding. If such is the case, take a more subtle approach, such as starting conversations during family meals or talking to them during commute.

Sometimes teens face emotional issues and struggles that they are not comfortable opening up to their parents, for fear of being invalidated. Do not interrogate or force them to interact with you! That would only cause them to become more distant. Instead, encourage them to talk to adults you trust to be a positive influence, such as a school teacher, an uncle or aunt, or an older cousin.

Give them space to grow

Amidst coping with hormonal changes and peer pressure, teenagers are at a stage where they are on an internal quest of discovering their sense of individuality. Parents need to allow them to have the freedom of self-expression. This includes forming opinions, how they choose to dress and present themselves, the friends they surround themselves with and the activities they want to be involved in.

However, being a permissive parent does not mean letting your teen have their way, while you secretly worry and hope that they do not get into trouble. You can allow them to have age-appropriate autonomy, but lay down the ground rules of what is acceptable behaviour and what is not. Talk to your teen about the responsibilities that come with freedom, such as adhering to curfew, cultivating good spending habits, and calling home to notify you of their whereabouts. 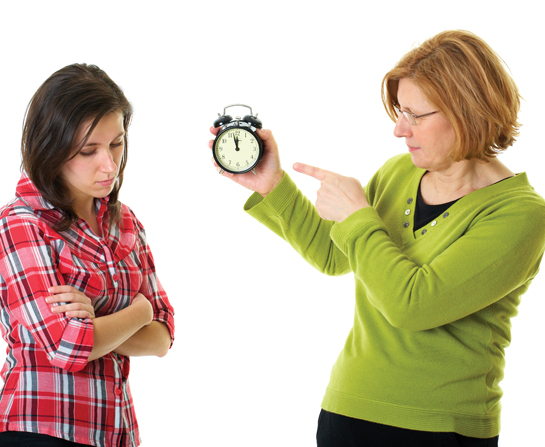 As a parent, it can be easy to feel alarmed and imagine the worst case scenario when seeing your teenage child change in the way they behave. Rather than reacting to every situation deemed inappropriate, pick your battles wisely.

If your teenager wants to colour their hair, for instance, be open and accept that this is a way for them to express themselves. After all, the change is harmless and temporary. Your concerns should be focused on bigger things that matter. Namely, the stuff your teen could be involved in that does themselves permanent harm.

It may not be easy or pleasant, but parents need to have regular conversations with teens about issues such as drugs, alcohol, sex and the company they keep. Teach them real risks and the worst that could happen, such as the dangers of drug addiction and unwanted pregnancies. Refrain from resorting to scare tactics and threats in hopes of deterring them from bad behaviour when addressing serious issues. Remember, for the internet generation, knowledge is readily available at their fingertips! Keep the discussions mature, factual and open, making sure your teen does not feel like you are cornering them or scrutinising their behaviour. Most importantly though, teach them to think critically and question things for themselves.

Give credit where it is due

Parents tend to worry that too much praise will lead to teenagers feeling overconfident, and eventually overstepping their boundaries. In actual fact, teenagers find constant nitpicking and criticism of their behaviour by parents to be demoralising and an attack on their character. If your teen exhibits good behaviour and discipline, give praise as justified and reward them accordingly. A little extra pocket money and a pat on the back, telling them to keep it up, will bring you both closer.

Conversely, when teenagers make mistakes, allow them to feel guilty and hold them accountable for their actions. Being their protectors, you may be concerned that their self-esteem could be hurt, but allowing teens to feel bad about their faults will instil in them a stronger sense of responsibility. Just avoid further browbeating them and going overboard with punishments.

Be patient and keep walking the talk

Who better to demonstrate ethical behaviour to children than parents themselves? Parents’ actions matter more than words when it comes to instilling good values in teenagers. So, as the old adage goes, always practice what you preach!

Raising teenagers does not have to result in creating tension within the family, although a lot of patience is required of parents. The key when dealing with teen rebelliousness is to do what is best for them, not what would feel good for you as a parent. 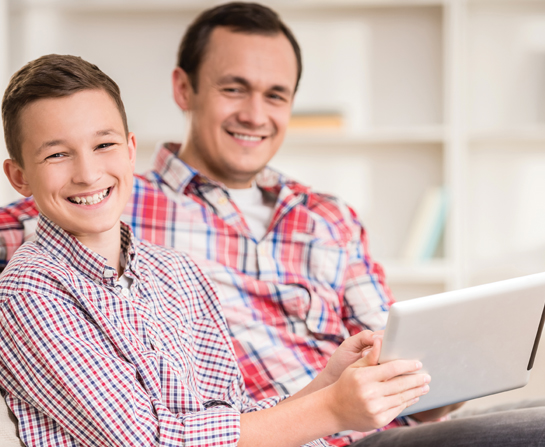