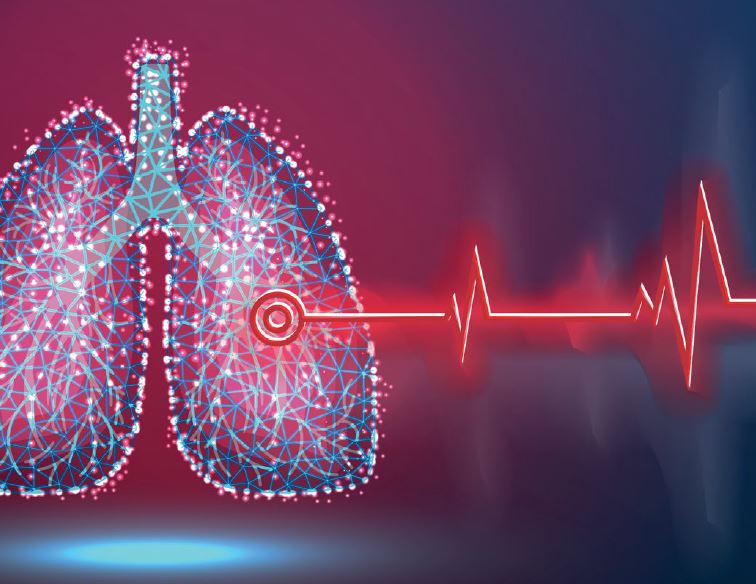 How is precision achieved? When it comes to cancers, no two are the same. We tend to think that each cancer is the result of a mutation. However, as the cancer grows, more and more mutations may appear in the mass of cancer cells. Over time, the dominant type of mutation changes, and therefore, someone on treatment and who is seemingly under control can suddenly deteriorate. It is due to the change of dominant cancer cells in the tumour.The field of cancer treatment, especially that of lung cancer, is rapidly evolving. Gone were the days when a diagnosis of lung cancer was a definite death sentence. Nowadays, new advances in techniques and medicines are turning lung cancer diagnoses into something less lethal. Dr Anand Sachithanandan, a consultant cardiothoracic surgeon and Dr Tho Lye Mun, a consultant clinical oncologist, discuss the advent of personalized medicine and what it means for the future of lung cancer treatment.

We are used to hearing about chemotherapy in the treatment of cancer. Chemo denoting chemical, and therapy denoting treatment, simply means using chemicals to kill cancer cells. Chemotherapy is considered to be a ‘shotgun’ treatment as it kills other cells in addition to cancer cells. This is the reason why patients suffer hair loss, nausea, weight loss and many other symptoms during treatment. Newer treatment options, such as immunotherapeutic and immune system modulating agents, are bringing the fight to a whole new level. In some cases, persons on cancer treatment suffer little to none of the devastating side effects seen during our parents’ and grandparents’ time.

“Newer treatmentoptions, such as immunotherapeutic and immune system modulating agents, are bringing the fight to a whole new level. ”

Dr Anand says we now know more about the biology of tumours and the individual’s immune system and have the tools to properly identify a few major types of mutations found in lung cancers. By the use of genetic or molecular profiling, doctors can identify the major mutations that exist in a tumour and prescribe the best medication for it. The common actionable mutations found in lung cancer have funky names like EGFR, ROS1, ALK and PD-L1. Actionable mutations are those of which we have drugs to treat. In order to test for the existence of these mutations, a biopsy or tissue sample will be taken and sent to the lab for testing.

Current imaging methods are also able to capture and differentiate cancer from non-cancerous cells. The use of fusion positron emission tomography/ computed tomography (PET/CT) is the best way to determine the size, location and spread of the cancer, or if it is even cancerous to start with. Tissue biopsy testing and imaging will help
to determine the stage and existence of actionable mutations, if any. 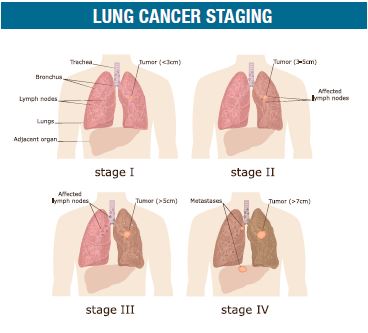 Knowing the cancer mutations, its size and stage, will allow doctors treating the disease to tailor treatment according to the individual. For instance, if the tumour is too big or too close to major blood vessels, medication can be given to shrink it to a smaller size to allow surgical removal (resection). This is called downstaging. Downstaging allows
a surgeon to remove the tumour completely and safely, with less risk of damaging the nearby blood vessels or vital structures. The treatment done before surgery is called neoadjuvant treatment. It’s just a fancy name for “before definitive therapy,” in this case “before surgery.” According to Dr Anand, advances in chemoradiotherapy or recently, the emergence of targeted therapy and immunotherapy allows surgeons to perform curative surgery as part of multi-modality therapy for tumours that were once considered inoperable.When we talk about lung cancer, most times people refer to non-small cell lung cancer (NSCLC). It is the most common and most treatable lung cancer accounting for 85% of all lung cancers.

While stage IV disease is considered to be the last stage of lung cancer, doctors can still offer some help and provide treatment to prolong life. Dr Tho says it is important to realize that treatment is no longer seeking to cure, but rather to improve the patient’s quality of life and prolong it.

Both doctors agree it is very reasonable and wise to seek out other opinions. There are also many different types of subspecialty oncologists (interventional, clinical, surgical, radiation, and more). It is in the best interest of patients to seek out one or two professional opinions and discuss their treatment options before deciding on the one they are most comfortable with.

What is important is that once the decision is made, is to trust the doctors and follow through with the planned treatment.

The entire process of diagnosis through treatment can be summarized as such:

Could the vapour from wokfrying be linked to lung cancers?

Dr Tho discussed about a unique population of lung cancer patients— these are Chinese women, never smokers and usually in their 40s and 50s. They basically have little to no risk factors for developing lung disease and yet they do develop lung disease.

Considering this population of women is more likely to be stay-at-home mothers, and therefore cook more often, the link is too obvious to miss. There is research to show a
link between stir-frying and lung cancer.1,2

There is also evidence to suggest that it is likely due to stir-frying of meat rather than just any type of stir frying. Does this mean we should stop the practice of stir-frying? No,
says Dr Tho. Instead, we can take precautions such as installing an extractor fan, wearing a mask when stir frying or perhaps cooking in an open, ventilated area. Perhaps switching to healthier cooking methods such as steaming, or stewing will help to reduce the risk of lung cancer among people who cook regularly.

Dr Anand adds, it is important for people to realize that lung cancer is not just a disease that affects men and smokers. Unfortunately, more and more cases are being detected in non-smoking women. HT