The Gum Disease Link In Heart Disease, Diabetes And Pregnancy 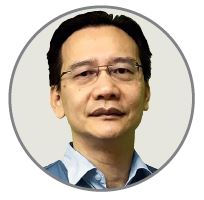 Our oral cavity is part and parcel of our body. So, there is undeniably an inter- relationship between oral disease and systemic disease where oral infections such as gum disease is linked to certain medical conditions such as heart disease, diabetes and pregnancy. There is, in fact, a large body of evidence of such an association, especially in the last 2 decades or so. Dr Andrew Chan Kieng Hock discusses the impact of gum disease on certain medical conditions.

Gum disease is a common oral disease, which leads to tooth loss in adults worldwide. Accord- ing to the National Oral Health Survey of Adults (NOHSA) 2010 conducted by the Oral Health Division of Ministry of Health Malaysia, the prevalence of gum disease for all levels of severity was approximately 94% in den- tate group (>15 years old) and approximately 18% for severe periodontal disease (deep pocket ≥6 mm).1

There are two major types of gum disease, namely gingivitis and periodontitis. In the case of gin- givitis, the inflammatory disease is confined to the surrounding gum tissues without affecting the connective tissue attachment. But periodontitis is more severe and characterized by destruction of the underlying tooth-supporting structures such as the periodontal ligament, the alveolar bone and the cementum. It is important to note that not all cases of gingivitis will ultimately progress to peri- odontitis if patients receive timely effective treatment.

Early warning signs and symptoms of gum disease are:

The Link To Heart Disease

Cardiovascular disease is the number one cause of death in Malaysia.2 Well-known risk factors include obesity, smoking, hypertension,hypercholesterolaemia, diabetes, unhealthy diet, and sedentary lifestyle.

New revelation from many scientific studies have concluded that patients with gum disease or periodontal disease are two to three times more at risk of getting heart attack, stroke and other cardiovascular complications.3

There are more than 500 species of bacteria residing inside our mouth in the form of biofilm and plaque (sticky deposit). Several studies have indicated the significant presence of periodontal pathogens eg, Prevotella intermedia, Fusobacterium nucleatum, Porphyromonas gingivalis and Actinobacillus actinomycetemcomitans using polymerase chain reaction (PCR) technique from samples of atheromatous plaque of human subjects.4

The microorganisms enter the bloodstream, move into the systemic circulation and settle on the endothelial linings of blood vessels including the coronary arteries. Inflammatory response then is triggered followed by formation of atheromatous/ fatty plaque, thickening of the blood vessel walls, narrowing of the lumen, and decreasing normal blood flow. All these events— gradually but surely—will result in blood clot, complete obstruction of blood flow and ruptured plaque which is then clinically diagnosed as heart attack or stroke.

Besides, numerous experimental data from human and animal models strongly support the association between gum disease and heart disease via the bacterial- host inflammatory mechanism or pathway. Therefore, the control of periodontal infections is important in reducing the overall inflammatory response in our body, and hence reducing the overall risk of cardiovascular complications.

The Link To Diabetes

Currently, Malaysia has 3.6 million people diagnosed with diabetes. And this figure is set to go up to 7 million by the year 2025, equivalent to a prevalence of 31.3% of adults aged 18 and above.5 Diabetes and gum disease have a mutual negative impact against each other according to numerous scientific studies. Diabetes increases the prevalence and severity of periodontal disease. Similarly, aggressive periodontal disease also increases the severity and complications of diabetes by increasing the insulin resistance in the body. This is especially true in type 2 diabetes patients who already have underlying insulin resistance.

The large majority of bacteria associated with gum disease are gram negative bacteria, which produce highly potent endotoxins. Endotoxins readily circulate in the bloodstream triggering the inflammatory response, and thus increase the levels of harmful inflammatory serum makers such as C-reactive Protein (CRP), interleukin-6 (IL-6), prostaglandin E (PGE) and fibrinogen. Subjects with healthy gums have very low levels of these inflammatory markers in the body.

Insulin resistance is recognized as a chronic inflammatory state, thus is made worse by inflammation arising from gum disease. This explains why case-control studies by several investigators have revealed that type 2 diabetes subjects who manage to control their gum disease not only have lower levels of inflammatory markers but also better control of their glucose levels.

Other well-established risk factors, which we must bear in mind are obesity, poor diet and lack of physical exercise. A good understanding of these knowledge will assist healthcare providers and their patients in the holistic management of diabetes. The Link To Pregnancy

Worldwide, there has been a steady decline in infant mortality and morbidity due to better healthcare system. But the prevalence of preterm labour (gestational period <37 weeks) and low birth weight babies (<2.5 kg) remain high, and are associated with perinatal death and long-term defects. Conventionally, expecting mothers who are at high risk are those aged below 18, with a history of drug and alcohol abuse, smokers, experience stress, and have certain genetic disorders.

A pertinent risk factor that was discovered not too long ago is periodontal disease. Several investigators in this field have indicated that the relative risk for preterm birth and/or low birth weight among mothers with advanced gum disease was four to seven times higher than mothers with healthy gums after adjusting for age, race, smoking, and socioeconomic status.6 As discussed earlier, gum disease triggers an increased level of inflammatory markers in our body including prostaglandin E mediator (PGE). PGE causes early uterine contractions in expecting mothers, hence the preterm delivery of small infants.

So, what’s the conclusion?

Gum disease is a bacterial infection, which is both treatable and preventable. Bacteria and their byproducts can travel easily into a person’s systemic bloodstream via inflamed gum tissues. This triggers an inflammatory response in our body which have adverse impact on our general health with the outcomes including heart disease, diabetes and pregnancy complications. Therefore, the importance of early and effective management of oral infections— particularly gum disease—cannot be overemphasized.

Physicians and dentists should play the important role of informing their patients the interlink between oral disease and systemic disease (Figure 1), and must advise patients to seek regular dental treatment in view of the evidence. The strong case presented here is a point made for the adage: prevention is always better than cure. HT