Skip to content
Home
For Her
Health
Laparoscopic Tubal Ligation, A Solution For Women Who Don’t Want To Have Children

Laparoscopic Tubal Ligation, A Solution For Women Who Don’t Want To Have Children 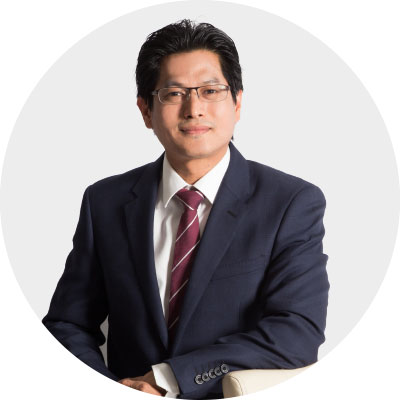 WOMEN’S HEALTH AND FERTILITY WITH

This month, Dr Agilan Arjunan gives us a closer glimpse of a method that allows a woman to stop worrying about becoming pregnant. It’s a relatively simple and safe method but be warned: the result is practically irreversible!

Pregnancy is the result of a sperm cell meeting and fertilizing an egg cell after sexual intercourse. The egg cell is released by the ovary and travels outwards towards the uterus (see Figure A), and along the way, it may encounter sperm cells.

Cutting and tying, cauterizing, or banding the fallopian tube prevents the egg cell and the sperm cell from ever meeting. Hence, there is no worry about pregnancy.

Such a procedure is called tubal ligation. ‘Ligate’ means ‘tie up’, hence this procedure is sometimes also called ‘getting the tubes tied.’

WHAT HAPPENS DURING A LAPAROSCOPIC TUBAL LIGATION?

Dr Agilan Arjunan explains that this is currently the most widely used method of tubal ligation. The surgery involves making small cuts or incisions through the skin.

The entire procedure takes about 30 minutes, provided there are no complications. WHAT HAPPENS AFTER THE SURGERY?

The patient will rest awhile in the hospital for observation. If all is well, she usually will be allowed to leave on the same day.

The patient can resume working a few days after the surgery, but it’s best to resume daily activities gradually as one heals.

Normally, sexual activity can resume a week after coming back from the hospital, but it’s best to get clearance from the doctor first.

WHAT ELSE CAN A WOMAN EXPECT AFTER THE SURGERY?

There may be some vaginal bleeding for a few days after the procedure, and this is usually normal.

Menses may resume 4 to 6 weeks later, and during the first two or three cycles, one may experience heavier bleeding and slightly more discomfort than usual.

The surgery does not affect one’s ability to enjoy sexual activities.

IS THIS PROCEDURE EFFECTIVE? WHAT ARE POSSIBLE RISKS INVOLVED IN GOING FOR THE SURGERY?

Laparoscopic tubal ligation has a chance to fail, although statistically it’s a small chance—fewer than 1-in-100 women.

Other risks are those usually associated with any form of surgery: bleeding, infection and anaesthesia-related side effects.

Don’t worry too much about the risks for now, as a good surgeon will explain the risks before one agrees to go for the surgery. Dr Agilan recommends taking this opportunity to have any doubts and concerns cleared by the surgeon.

WHAT ARE THE ADVANTAGES OF THIS PROCEDURE OVER OTHER FORMS OF TUBAL LIGATION?

Dr Agilan shares that the chief advantage is that one recovers more quickly from surgery due to only a few small incisions being made on the body.

Some studies suggest that this procedure can also reduce one’s risk of ovarian cancer and pelvic inflammatory disease, although we still don’t know the exact reasons for this.

The biggest advantage of this procedure, perhaps, is that it is the best contraception available for a woman. “If the woman is absolutely sure that she doesn’t want to have children,” says Dr Agilan, “then this is the best method available. It’s effective and, unlike other female contraception methods such as the Pill, doesn’t affect the woman’s hormone levels.”

If the woman is 100% sure, that is, which is important as once it is performed, laparoscopic tubal ligation is practically irreversible.

While this surgery prevents pregnancy, it offers no protection against sexually transmitted diseases—other precautions such as the use of condoms will still be needed to avoid catching these diseases.

Reversing a tubal ligation is a very complicated procedure with a small chance of success.

“Once the fallopian tube is clipped, banded, or cauterized,” explains Dr Agilan, “scar tissues can form around the affected area. These scar tissues can grow over time until they eventually obstruct the tubes permanently.”

Even if the reversal is a success, there is still no guarantee that the woman can successfully conceive.

Therefore, Dr Agilan reiterates that a woman should be absolutely, positively sure that she doesn’t want children for the rest of her life before she undergoes this surgery.

CONSIDER OTHER OPTIONS IF ONE IS UNSURE

“This surgery is not the only option available,” Dr Agilan says. “For women who believe that they may want children some time in the future, there are other forms of contraception that can be considered.”

This includes the Pill, contraceptive patch and more. Alternatively, her partner can opt for vasectomy, which can be more easily reversed should the couple change their mind about having children in the future. Dr Agilan recommends discussing this matter further with one’s doctor to explore options that best suit one’s needs. HT