Skip to content
Home
Life
Lifestyle
The Mark of an Avenger

The Mark of an Avenger Mark Ruffalo may be the incredible Hulk on screen. But in real life, he proves himself just as remarkable with the many obstacles he overcame. In the past, he has battled with depression, ADHD and suffered a brain tumour which left him deaf in one ear. Despite all that, he still hulks through and continues to find success as an established actor.

Just like Bruce Banner aka the incredible Hulk, Mark Ruffalo is a multi-faceted character, wearing many hats in his personal and professional life. On Twitter, he describes himself as a husband, father, actor, director and climate change activist. That’s not all, due to his experience growing up with learning disability, he is also an advocate for dyslexia and ADHD (attention deficit hyperactivity disorder) awareness. 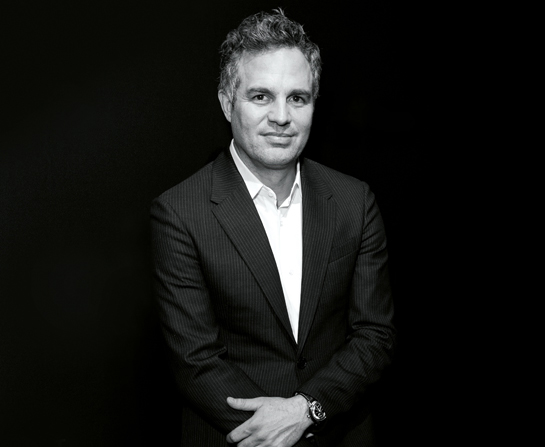 A Diamond in the Ruff(alo)

According to Mark, the best way to deal with the disability is to embrace it. He says in an interview with Vanity Fair, “All three of my kids are dyslexic and two of them have ADHD … but where they’re going to school now, and the way we’re dealing with it, is to be upfront about it, accepting, and without shame. And those kids are prospering in that environment.”

Mark’s successful career in acting didn’t materialize overnight. He shares that he has gone through around 600 failed auditions when he was in his twenties, and (in true Hollywood fashion) he turned to bartending and serving drinks part-time to make ends meet—he even recalls almost giving up four or five times. After a string of small roles, his big break came when he scored a role in the Academy Award-nominated film, You can Count on Me (2000). Speaking about getting that breakthrough role and what it has done for his career, he says in an interview with The Guardian: “It’s blown the doors off. It’s put me on the map … You can be the best actor in the world but unless something like this happens, you’re not going to get the jobs.”

Following that, bigger roles came in his way in the most unexpected form—romantic movies. Prior to getting his Hulk role, one of Ruffalo’s best known film was playing Matty in 13 going on 30, alongside Jennifer Garner. He also starred as the romantic lead in Just Like Heaven and Rumour Has It.

The Power of a Dream

Extraordinarily, in 2001—just a few weeks before the birth of his son—it was first revealed to Mark Ruffalo in a dream, that he had a brain tumour. Believe it or not, prior to the dream he had not experienced any symptoms. He says in an interview with the Acoustic Neuroma Association, “I had a dream that I had brain tumour, and it was like no other dream that I ever had.” Mark went to the doctor on the set of the movie he had been filming. He told her, “I had a very scary dream last night and you’ll probably think I’m crazy, I think I have a brain tumour and I’d really like to get it checked out.”

According to Mark, the doctor was sympathetic and responded, “you are crazy, but you shouldn’t have to live with that fear; I’ll order you an MRI or a CAT scan tomorrow”. With the help of a neurologist, they found that Mark had a mass behind his left ear, the size of a golf ball. Through further inspection, they also found that he had already lost seven percent of his hearing.

Mark was diagnosed with an acoustic neuroma, also known as a vestibular schwannoma. This means he had a brain tumour, which is a benign (noncancerous) growth in the brain. In his case, the tumour was pressing on his facial nerve, and his doctor recommended for him to undergo surgery to get the tumour removed as soon as possible. Mark was also told that there was an 80% chance he would lose his hearing, and a 20% chance he would lose his facial nerve, which would result in paralysis on one side of his face. Four weeks after his diagnosis and one week after the birth of his son, Mark went for the surgery to have his tumour removed.

The surgery went well. But although the tumour was successfully removed completely, Mark had lost his hearing in his left ear, and one side of his face was paralyzed for 10 months. Thankfully, after keeping physically active and opting to go for acupuncture, he regained the ability to move his face and eventually was able to get back into acting. When asked about the lessons he learnt through this journey, Mark says, “overcoming adversity is a great thing for a man or a woman. Understanding my strengths and weaknesses— my ability to persevere, have all fed into my confidence and my willingness to be more fearless … more empathetic. After that, I just become more grateful for what I had.” Doing his part to save the environment

Being a celebrity, Mark is one of the most well-known climate change advocates out there. The catalyst for his passion was derived from a childhood spent near a polluted lake, where he would sometimes see deformed fish, garbage and medical waste on the shores. He also grew up near a coal-fired power plant and would see soot collecting on trees. Fast forward to today, the actor is often seen joining rallies and appearing on talk shows to discuss environmental issues. He posts on social media, often advocating for awareness of climate change and the need of cleaner, greener energy sources.

At home, one of the things Mark and his family do to help the environment is instituting meatless Mondays (it is said that raising livestock generates greenhouse gases). Mark and his kids also take the subway or ride the bike to commute to work or school. Amongst other things, the Ruffalo family choose to use more energy efficient LED lights, make their own compost for their garden and incorporate the use of solar and geothermal energy in their home. Fortunately, Mark never gave up on his dream despite all that has happened in his life, because the best was yet to come. In 2012, Ruffalo won the role of a lifetime portraying the Hulk in The Avengers. He reprised his role as the big green giant in Avengers: Age of Ultron (2015), Thor: Ragnarok (2017), Avengers: Infinity War (2018) and most recently, Avengers: Endgame. Although the possibility of future Avengers movies after Avengers: Endgame is unclear, we’re sure that with Mark’s tenacity as a human being and talent as an actor, we will be seeing bigger and greater things from him in his career, even if it’s not in the form of the Hulk. HT